Muy triste, muy muy triste.
"American Standard" is done. The recording, the artwork, the mastering. And it's out in Europe. (It's gotten some lovely reviews). The hope was that it would sell enough copies in Europe to cover the cost of making it and then putting it out in the States, which is how I've managed with the last 3 records. But then the twin evil forces of the world economic crash and the tremendous upswing in illegal downloading abroad (a much bigger problem over there) have conspired to make this particular singer deeply in debt.

See, I recorded this to tape, the old fashioned (expensive) way, so that it sounds as warm and rich as possible. I also (in addition to recording at Kaleidoscope in NJ) travelled to record in Memphis (so I could do a few songs with Sun Records rockabilly hero Sonny Burgess and the Legendary Pacers), and in New Orleans (so I could record "Election Day" with a real live local brass band, the Nightcrawlers). I'm awfully proud of how it turned out. But now I'm so crazy in debt over recording that I can't afford to manufacture and promote it stateside.

I will have a page at my website soon devoted to this fund drive - on it you can hear a few songs from "American Standard" and a couple of alternative tracks as well. www.daynakurtz.com/kickstarter.

So - if we reach our base goal of $12,500, I can pay off most of my remaining studio debts (and give a big shout out of grateful thanks to Randy Crafton and Kaleidoscope for allowing me to abuse their friendship) and pay for the first print of CD's. I'm keeping this goal lower than I need really, because if we don't reach it, then you all get all your money back.

Any money we make on top of that will go towards promoting it - we've got Press Here publicity on board, waiting for the green light - to give a big push to radio, newspapers and magazines.

If we raise as much as $25,000 - then you can help me realize my long dream of putting out one of my records on gatefold vinyl, 180 gram. I still won't feel like a real musician till a fan can de-seed and roll their cheap mexican grass on the open record cover after dropping the needle on side one. You can call me a dreamer.

We have a bunch of awesome rewards as a thank you for your contribution, listed on the side.

Please help spread the word - the video above (lovingly filmed by my dear friend Lizzie Donahue) is available for linking on youtube. You can also link directly to this site at www.kickstarter.com/profiles/daynakurtz

Thanks for listening - I'm grateful as anything to be allowed to make music for y'all as my job, and I appreciate your support any which way it comes. 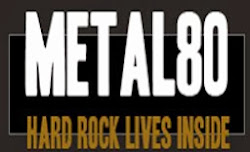